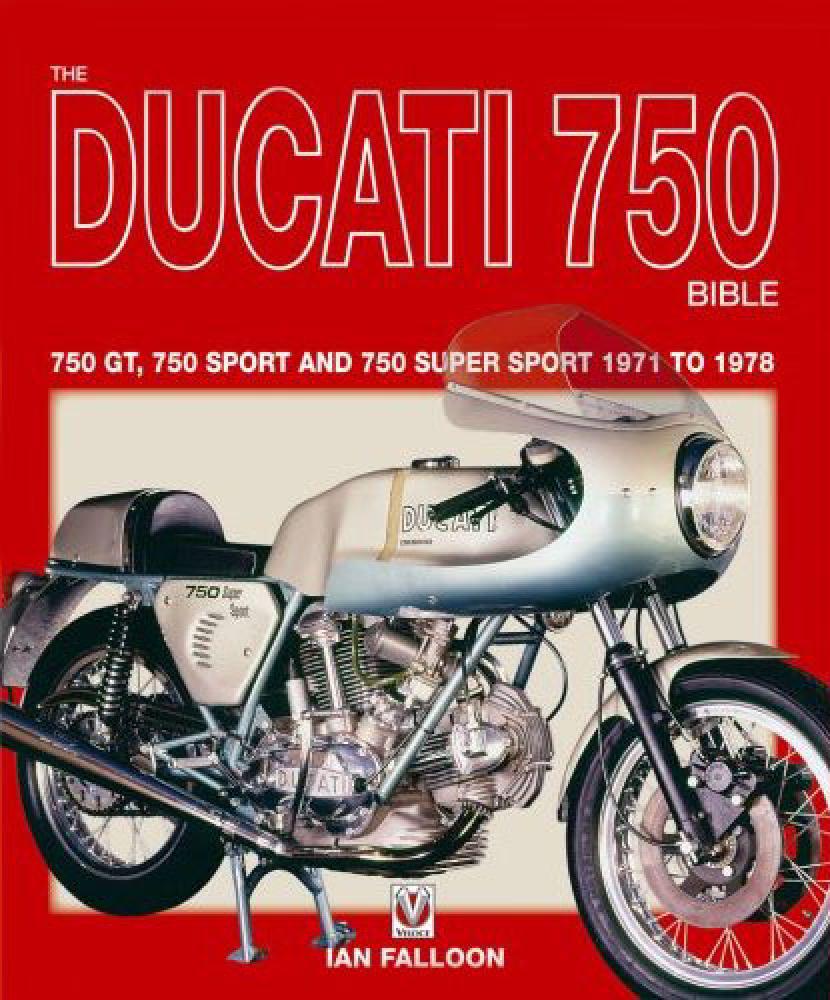 Be the first to review this product
Part #: 750-bible
Price:
$59.95
The selected item is out of stock, please select a different item or combination
Add to wish list E-mail to a friend

The Ducati 750 was a pivotal model in the history of Ducati. With the 750 Ducati moved into the world of Superbikes, and set the stage for their current strength. Before the 750, Ducati was a minor manufacturer known for small capacity single cylinder motorcycles.

They decided to enter the world of Superbikes in 1970. While there was initially some skepticism, their stunning victory in the 1972 Imola 200 race silenced the critics and created a legend.

When Ducati's great engineer Fabio Taglioni designed the 750 Ducati in 1970 there was no way he could comprehend how important this model would be. His design was unlike any other before or since; a 90-degree V-twin with single overhead camshafts driven by a train of bevel gears. Taglioni soon developed his 750 into a Formula 750 racer, and in 1972 beat the rest of what the world had to offer at the Imola 200.

With this victory, the desmodromic 750 became a legend.

Ducati responded by producing a hand-built limited production desmodromic Super Sport. They also continued to produce the touring 750 GT and sporting 750 Sport until legislation killed them at the end of 1974.

Today, this triumvirate of 750s represents the end of an era; the era before cost accounting and government design requirements. These were among the last pure, unadulterated sporting motorcycles built and it is not surprising they have inspired a new generation of retro classics, the Sport Classic of 2005 and 2006.